Every four years the planet’s football fans travel, gather and congregate wherever they are to be transfixed for a month by the cultural festival of football that is the World Cup. At its conclusion, a World Cup champion will be crowned but most importantly this rich and diverse football party will shed light on the game’s new trends, unique cultural expressions and future directions. It will also reveal the game’s newest protagonists, future stars and in some cases re-confirm old ones. Ever the insatiable football fan, I am here in Brazil to immerse myself in this ultimate football fiesta and learn more about our beautiful game.

We have taken a healthy bite into the group stage matches and there are already some bold statements, huge disappointments and interesting early expressions to be confirmed of course.

Since I set foot in Brazil,  arguably the deepest and most complete football culture you will find anywhere, the citizens of the game’s most revered nation all seem to believe and swear that their Selecao must and will win the cup here at home. Playing at home can be an advantage as familiarity with surroundings, national fervor and absolute fan support can push players to rise to unusual heights and excel. But it can also be a disadvantage if the performance expectations of fans are not immediately met. The fervor can easily transform itself into an excessive weight, placing irrational pressure on the players and mounting rapidly to result in an incapacity to perform or a sort of mental paralysis.

For this tricky mission of wresting this World Cup which has finally found its way back to home soil after 64 years, Brazil has called upon two of its most experienced heads in Carlos Alberto Parreira and Coach Felipao who have “been there, done that”, world champion coaches in 1994 and 2002 respectively.

But this Selecao is not as talented as some previous versions. Felipao has built a balanced and organized team but one that lacks the depth in creativity and ruthlessness in finishing his 2002 World Cup winning squad possessed in extraordinary talents Ronaldinho, Rivaldo and “Fenomeno” Ronaldo. But the team does have one ace and he is……… Neymar. A lanky 22 year old extrovert with a mane in perpetual transformation, flashing a boyish smile that keeps the better part of the country’s female population fixated and most importantly benevolent with his velvet futebol feet. He is creative, quick, flamboyant and possesses that unique folly in his game that affords him the power to decide a match at any moment. Brazil’s hopes rest with Neymar as they should, for ever since the feats of a 17 year old boy named Pele gave them their first world championship half a century ago, Brazilian football culture has always believed in the intrinsic value and power of the rare, creative genius to determine the outcome of a football match. And as fate would have it, in the crucial and nervy opening game against Croatia it was Neymar who rose to the occasion once again. With the home team having fallen behind and pressure mounting, he found a sliver of space to suddenly accelerate centrally, feint and conclude with his weaker left foot to liberate the nation. A magical moment that embodied his unique mixture of technique, vision, explosiveness and a level of composure that belies his age.

But the creative difficulties of Brazil’s midfield were underlined once again in their second match against a very organized Mexico side. Lots of possession and undeniable effort but a tightly marked Neymar and the team’s continued struggles in creating penetration in the final third meant a disappointing 0-0 draw.

The biggest shock so far from the European teams has been the complete collapse and elimination of defending world champion Spain. We now have been brought to reluctantly understand that their 5-1 dismantling at the hands of a bold and promising Netherlands squad in their first match was the beginning of the end for one of football’s finest national sides. A cheeky and rising Chili put the Spaniards out of their misery with a sound 2-0 beating in their second match bringing Spain’s reign to an abrupt end. The suddenness of the disintegration of great football sides always amazes and Spain is left with deep questions to ponder.

Bold statement by the Netherlands

The Netherlands whom via their coaches and ideas have had a major influence on the development of Spanish game were losing finalist against them four years ago in South Africa. I had a chance to meet and chat with Dutch legend Dennis Bergkamp last year and asked about the irony of that defeat. He mentioned that Dutch football had exported too many of its ideas that were now being used by rivals but that they were preparing for the future. This recent destruction of Spain is the first bold Dutch statement.

The Maracana and Messi the messiah

I had the honor of making a long awaited pilgrimage to the legendary Maracana stadium the other day, the arena where the great Pele and his cohorts Didi, Garrincha, Rivelino, Jairzinho… inscribed in memory all that is great about the beautiful game. An extraordinary experience to be standing there and imagining all the magical football that has been played on that pitch. I was there for the Argentina – Bosnia match and Messi, the diminutive Argentine genius decided to add to the magic of Maracana. 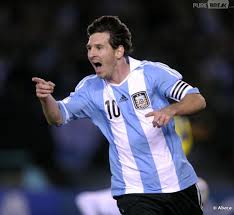 After a fortunate early Argentine goal, the match slumped into a monotonous affair, with both sides  struggling to find rhythm. Then midway into the second half Messi suddenly came to life as he dropped to the mid-line, received the ball and accelerated down the right wing. He slowed temporarily to combine with teammate Higuain via a neat give-and-go and then re-accelerated cutting inwards to dismiss a flailing final defender with a deft exterior touch before placing the ball into the far left corner with that low curved shot that is his trademark. The ball kissed the post and died in the opposite side of net. The suddenness of the action was stunning and the whole Maracana fell down to worship him, Bosnian fans included. As Messi goes, so does the highly regarded Argentina, for Messi is their messiah.

All Brazilian fans still state unequivocally that the Selecao will win this World Cup at home. I also feel Brazil has quite a strong chance of doing so, but it must find its inspiration soon to begin a prompt ascent. For along with the Netherlands and Argentina, traditional tournament teams Germany and Italy have also started well. Insert a rising Chili, buoyant Colombia and it is clear that many other nations have equally lofty ambitions. I do now sense a slight tenseness in the air and I am all too aware of the complexities, contradictions and unpredictability inherent in this beautiful game. The one truth I have learned following it the better part of my life is that…nothing is certain in football.