When the Advanced Training Program (ATP) U12/13 squad landed in Barcelona, Spain this summer and traveled slightly north to set up quarters on the Spanish Costa Brava, it was not just to spend aimless sun-drenched days on the sands of the Mediterranean but to announce the swift progress of the beautiful game in the United States. In an international youth football tournament with over a dozen nations from across the world represented, the ATP squad playing under its by-name reserved for foreign ventures “The Washington Internationals,” combined fluent possession football with ruthlessness in front of goal to make a stunning run to the finals. It was a feat that surprised many, underlining the technical improvement of young American players but also shedding light on their evolving interpretation of the game. 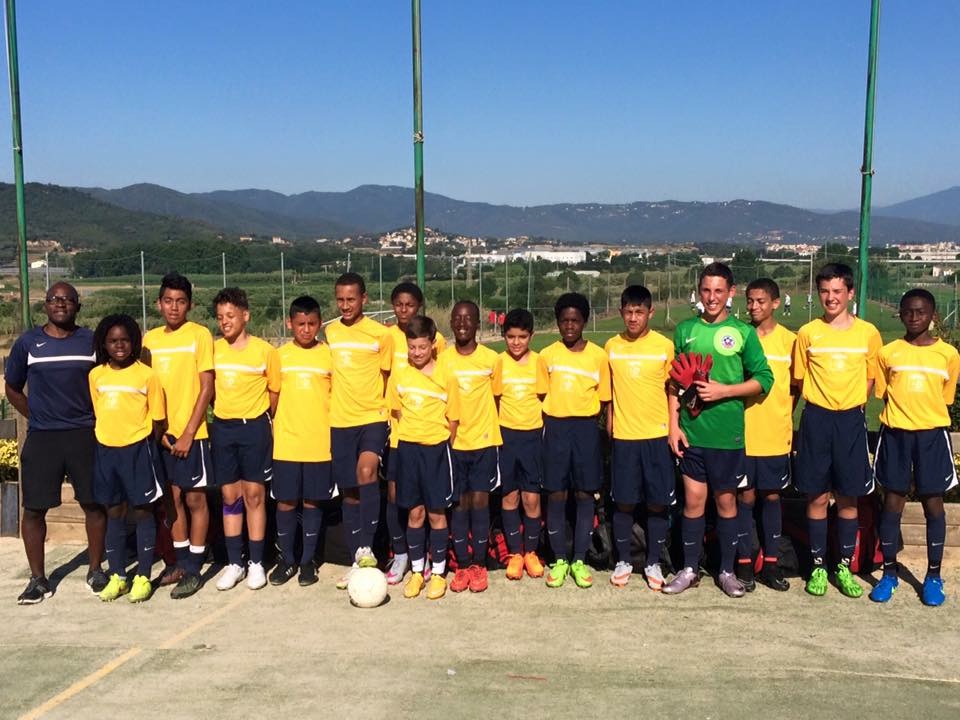 In their first group stage match, the Washington Internationals met in NAGC Sardegna of Italy, an opponent that would turn out to be the one of the trickiest of the tournament. Despite some strong spells of possession play, it was clear that stiff legs from a long flight and predictable first-match jitters had hindered the Metro Area boys from finding their true rhythm. It must be noted that the Italians were a mature and savvy team, willingly absorbing pressure only to break out in swift, stealth counter-attacks. The match ended in a 0-0 draw, a decent introduction for the Washington Internationals to the deeper difficulty of European opposition but also an accurate reflection of the parity between the teams.

By the time they engaged their final two group stage matches, the Washington boys were settled and in full rhythm as they imposed their trademark possession style to trounce a French then a Spanish team that were left puzzled. Washington Internationals head coach Sona Walla is an avid student of the game and particularly of FC Barcelona. The Spanish giants who need no introduction can only be described as the the team of their era as they not only revolutionized the game with an “easy on the eyes” possession-first approach but combined it with a jaw-dropping winning percentage. Although often overlooked, the capacity to play beautifully and win is the most complex and difficult achievement in football. It is this strong collective approach to the game based on greedy retention of the ball and its rapid movement to find timely penetration opportunities that Coach Sona has instilled in his boys for the past three years and it was beginning to bear fruit. After a draw and two victories, the Washington Internationals were calmly through to the second round of competition. 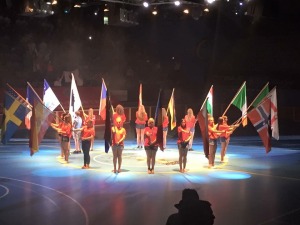 The road to the final was laced with tricky and diverse obstacles in French and Italian opposition that presented completely different approaches to the game. Styles make fights and it was the confrontation with French side La Crau that produced arguably the most palpitating and gut-wrenching match of the tournament. The French team, peppered with an abundance of technical and athletic players, oozed confidence and rightfully saw themselves as tournament favorites. Despite a few clues, it is difficult to unquestionably conclude that they might have slightly underestimated the Washington Internationals but if they did it was a capital mistake as this was one of the most talent-rich ATP squads for some years.

The spine of the team is comprised of shot-stopper extraordinaire Nate in goal. Sitting in front of him is the air-tight center-back pairing of Matteo and Issa. One once the understudy of the other, they now combined to fulfill one of ATP’s core goals to produce an impenetrable duo. Roaming in the midfield are the brains of the team in the magic trio starting with the energetic Juan poised at the base of the triangle of a 4-3-3 formation as the shield in front of the defense. Once the ball is recovered, he is actively involved in the possession/build phase with his partners. In front of him operate the two creative wells in Gaby and Azur. The first is a talented left-footed schemer of deceptive nonchalance who is quick to punish opponents with his devastating mid-range shot or his eye for the killer pass. In Azur we find a sublimely skilled creative midfielder with velvet feet, a true old-school #10. He not only helps his team dictate match tempo but is adept at linking up with the attack and is also a dangerous rupture/penetrating player. The telepathic understanding between these two attacking midfielders is a huge bonus for the team as it provides a constant dual creative edge that is difficult for opponents to manage. Spearheading the attack is Edson, a gangling striker with a keen nose for goal and the drive to match. When you add the remaining talented cast, it is a squad not to be underestimated. 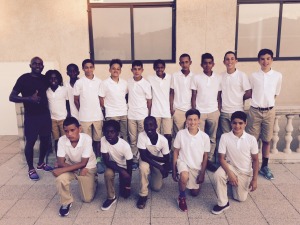 Boys on an evening out

After a strong start to the match where the Washington Internationals imposed their possession game on a surprised La Crau side, Edson broke through in the dwindling moments of the first half to put the Washington boys ahead 1-0. As expected, the second half was fiercely contested with the French team raising its game significantly to apply pressure. The La Crau side were rewarded with a debatable penalty that their forward banged off both posts for a desperate miss. The Washington Internationals then showed their class by controlling the balance of the match with some extraordinary ball retention/movement while under heavy pressure to see matters through. Both teams finished the match completely exhausted in the heat, the majority of players in tears… some of joy and others of anguish but all with tremendous respect for each other.

Five games after their opening day clash, the Washington Internationals and NAGC Sardegna of Italy reunited in the finals of the tournament on championship field. With a healthy mutual respect and high stakes, each team reverted to its strength and the match irremediably settled into the pattern of the Washington Internationals seeking to dominate the ball, control match tempo and impose their play while the Italian team absorbed pressure, defended admirably and broke forward sporadically via fluid, lighting-fast counter-attacks.

Representing the USA in the finals

Half-time came with the Washington internationals boasting territorial domination but with no goals in reward. Soccer is a complex and sometimes cruel game and in tight matches with evenly matched teams the break often comes from minor defensive errors. In a rare moment of indecisiveness, the American defense was the first to make one midway into the second half and he Italians duly to pounced to pull ahead 1-0. Amazingly, it was the first goal the Washington boys had conceded all tournament. In a race against time and an a shrewd opponent who quickly abandoned all attacking ambitions to focus primarily on defending and preserving the result, the Washington Internationals came up slightly short despite mounting a feverish attack to draw level. Unlucky finalists they were but their zest for the game and their sophisticated approach and interpretation had impressed many. The thunderous applause as they climbed up to the podium to receive their medals undeniably confirmed that over the the course of the tournament they had earned the status of bright ambassadors of the progress of the beautiful game among the youth in the United States. 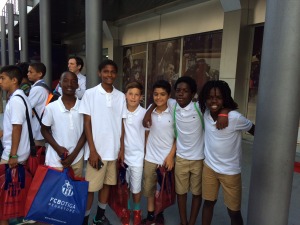 Sun and fun on the Mediterranean

The Washington Internationals boys then spent the balance of their time swimming in the Mediterranean and visiting the many points of interests the fascinating city of Barcelona presents including Antonio Gaudi’s Sagrada Familia church, Parc Guel and of course the Camp Nou stadium home of FC Barcelona and its world football stars Messi, Neymar, Iniesta….