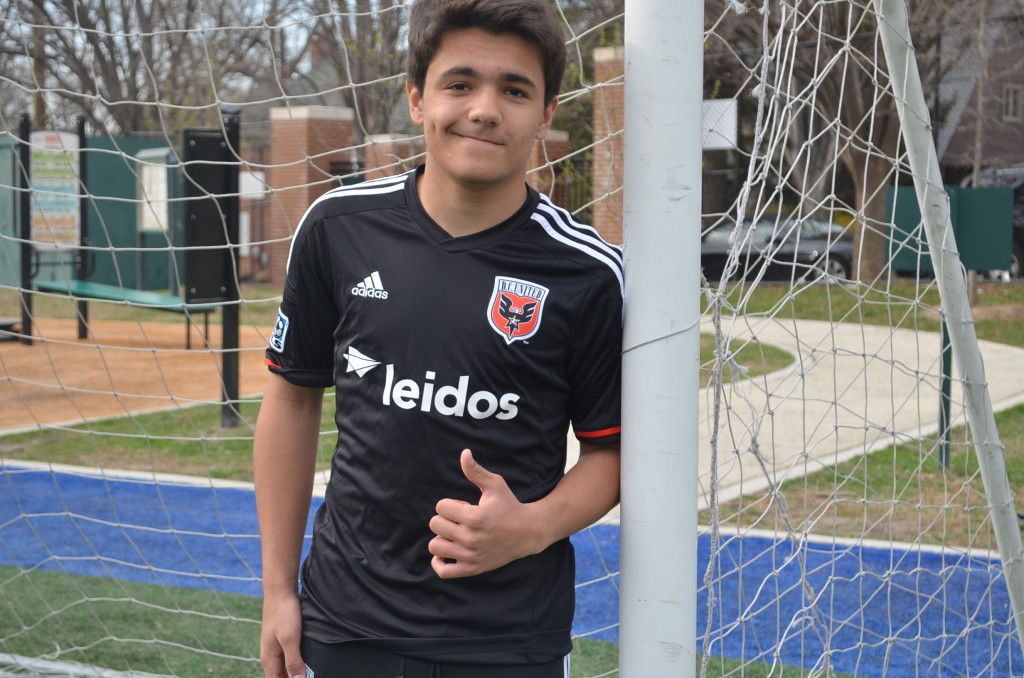 * Nico Ubide How are you?

* Tell us a bit about yourself, background, family, how and when you started soccer.

Well, I was born in Washington DC. My Mom is from Brazil and my Dad from Spain, so naturally I played soccer. I started playing recreational soccer at DC Stoddert at 4 years old when my Dad started a team for me and my buddies. Tons of fun! At 9 years old I was selected for the Travel Program where I began taking my soccer more seriously going forward.

Travel was a lot of fun but also more competitive with stronger players, a transition from recreational soccer. When I was selected for Travel at U-9 I was placed on the Blue team which is the top team. I was then moved to the second team at U-10 because I was struggling a bit with the competition.

* How did you feel about that?

Frankly, when I look back I realize it was a key moment in my development because it allowed me to adjust to the competition. I found more success, played more and grew in confidence. By the time U-11 tryouts came around I knew I was ready and I was selected for the Blue team. I went on to have two fabulous years at U-11 and U-12 where I scored a lot of goals and was selected for the Advanced Training Program . At then at the end of my U-13 Travel year I was invited to join the DC United Academy.

* So Nico, you went from DC Stoddert recreational soccer to Travel soccer to the Advanced Training Program and finally to the DC United Academy. A pretty steady and impressive rise, how have you managed to continue to find success at each level?

Well, the first important thing I can tell young players is to always train hard and give 110% effort. Always do everything to the best of your ability. Secondly, it is fundamental to listen to your coaches in order to develop. At DC United the #9 or striker plays a lot with his back to goal as a reference point for the attack. It is a different system than what I was used to but with time and hard work I have become more comfortable and found success.

* What did you learn from your DC Stoddert experience and how has it helped you?

Stoddert improved my technique and understanding of the game. Before Travel I was just having fun and not really thinking about the game but that changed once I was surrounded by more serious players and coaches. The competition was against teams of similar level. The Advanced Training Program also really helped me improve my speed of play because there I was always training with stronger players and coaches who pushed me. We played matches against the DC United Academy and it revealed how much faster the game could be to me. This proved to be critical because if you had 2-3 seconds to make a decision once in possession of the ball in Travel, when you get to the Academy level that time is cut in half. You must think and play quicker to survive. I always wanted to play in the Academy and I am happy I was prepared when the opportunity came.

* I understand your Dad was a goalkeeper and in Spain, how did you gravitate towards the attack?

I have asked him that and he confessed that at recreational soccer he started me first in goal (laughs). Problem was that I was the kid who absolutely did not want to fall on the ground and get dirty. I moved out of the goal to go score goals. My Dad is a real benefit since he was an accomplished Goalkeeper. He makes me see things from the opposite view, tells me how keepers  think and how they position themselves to make you shoot where they want you to shoot. He has given me a more complete understanding of the forward or #9 position. 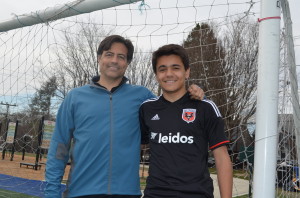 Nico on his father Angel: “he has been the major influence in my soccer career”

* What qualities does a good forward need?

As opposed to what many people think, the physical dimension is not the most important. You need to have a good understanding of the game and good technique. You need good movement and good hold-up play. You need to know when to score if the opportunity arises and when to give the ball to a teammate. Your job is to score goals but you are always a member of the team, playing for the team, making the team better.

* Tell us how you balance studies and the demands of soccer?

Ahh, that! It was very hard at first but the trick is you must develop a routine, prioritize and most importantly have discipline. I train at 8:00pm so for me, after school I hang out with my friends for an hour. Then I head home where I hit the books and do all my homework and I mean all. I cannot afford to do pointless things on weekdays like play video games. After homework I go to training. That’s what I have to do to do the things I want to do.

* Kids all over the world start playing our beautiful game because it is fun, obviously as their level of competition increases so do the demands. What are some of your fondest soccer memories so far?

In recreational soccer I was playing with my friends in a game one day and the ball bounced in front of me towards my left. I just hit it and it flew over the keeper into the net. I was so excited to score in a game with my weaker foot. I looked over at the sideline and my coach was also going nuts as if he had scored. I never forget that moment.

*What do you find most difficult about what the game demands of you now?

Committing 100% to the game and balancing school, soccer and social life. It is not easy but to keep improving I must do it. Training at 8:00pm on a Friday and getting home late only to get up in the morning at 6:00am to travel to New York and play takes commitment.

* Who are the people or role models that have influenced you?

Well, first my Dad. He played soccer and he has taught me so much and been there every step of the way. He still remains involved now as we constantly discuss tactics and the game’s evolution. Secondly coach Sona Walla whom I had at U11/12 Travel and also at the Advanced Training Program. It was strange but he was the first coach I had for more than a year and I immediately agreed with his philosophy of the game. With him my understanding of the game and confidence grew and he pushed me to get better.

* What are your other interests?

I am a fan of Electronic Dance Music and I have been a DJ since the age of 12. I later found out my Dad was also a DJ in his younger days and it is comical how I am almost a carbon copy of him.

* What are you listening to these days in your IPod?

* Which country in the world you would like to visit?

* The World Cup takes place this summer, what teams are you supporting and what are your thoughts as to the favorites?

Well, I support Brazil because of my Mom and Spain because of my Dad. I will be rooting for the USA also. But the teams that have a chance of winning are Spain, Brazil, Germany and Argentina….but I vote Spain.

* Who is your favorite American soccer player? Graham Zusi. He graduated from University of Maryland, plays in the MLS for Kansas City and has managed to carve out a spot on Jurgen Klinsman’s US national team. 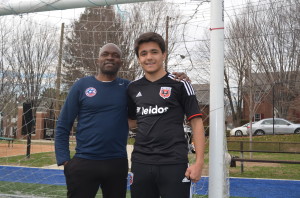 * What is your biggest strength?

I am a leader. I am always reluctant to claim I am a leader but it is great when others recognize leadership in me

* The trait or characteristic you need to work on the most?

Stubbornness (laughs). I need to be more open to changing my mind. My close friends tell me I talk a lot because I always have to come back with a rebuttal when we disagree.

* Any words of wisdom you would like to pass on to younger players?

Always try your hardest and give 110%. After that your dreams become clearer.