The recent return of Michael Bradley , often cited as the best active American player, from Italy’s in-form Serie A  outfit Roma back to MLS club Toronto left many soccer fans puzzled. Although the repetitive line from much of the American press has been that of a hero returning home to a a lucrative contract he could not refuse to help boost the American game, such a move for a player entering the prime of his career at age 26 seems full of contradictions. The goal for the USA’s top soccer talents has always been to move to Europe to compete with the world’s best players in the top leagues and improve. So what is the underlying message when one of the America’s strongest players struggling for playing time in Europe moves back to the MLS? Roger Bennett’s article below sheds light on the subject.
Sona Walla

While 2013 was the most successful year in United States men’s national team history, the impression American players are making on the elite European game seems to be in reverse gear. After seasons of giddy promise in which Clint Dempsey plundered 23 goals in a Fulham jersey and the hard-charging Michael Bradley initially thrived in Serie A, a sensational reverse migration means we live a reality in which Stoke City’s Geoff Cameron is the most successful U.S.-born outfield player in the elite leagues of Europe.

While the amount of money Major League Soccer has invested in repatriating Dempsey and Bradley is a symbol of the domestic league’s ambition and growth, it clashes with the mantra of national team coach Jurgen Klinsmann, who has repeatedly urged his best players to sharpen their skills in Europe.

In a World Cup year, should the fact that the leading American talents have been centripetally propelled into MLS’s loving arms be a cause for concern? Or, rather, inspire rational appreciation that the tectonic plates of the world’s game are changing, transforming definitions of footballing opportunity, success and failure along with them?

I floated the question over Twitter when news of Bradley’s astonishing return to MLS broke. Herculez Gomez, the vivacious U.S. international striker returning from a knee injury with Liga MX’s Tijuana, was among the first to respond. Even with Twitter’s 140-character limitation, his insight was intriguing: @rogbennett people get caught up with Europe, not as enticing for most as it once was. Still ahead competition wise though.

A couple of days later during a conversation at the U.S. team’s January Camp, Klinsmann told me it was a “sign of reality” that European teams were not sniffing around his players -– particularly for loan deals -– because “the demand is not there.” A stark appraisal that made me eager to circle back to the straight-shooting Gomez so he could elaborate on hisinitial tweet. 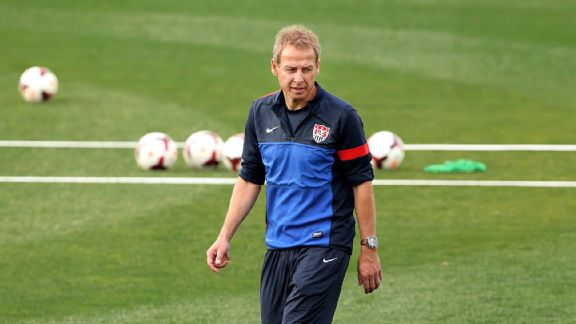 USMNT coach Jurgen Klinsmann said it’s a “sign of reality” that European teams were not sniffing around his players because “the demand is not there.”

The California-born striker gave me his insight based on the offers he has received himself, reinforced by first-hand experiences of fellow U.S. international teammates, to reveal how European football is viewed from a player’s perspective.

“From a competitive point of view, Europe is still the ultimate goal for American players, but that dream is neither as enticing as it once was, nor as attractive as American fans think it is,” he began. “Unless you are [a] top-four player in a top team in a big league, it is very ‘take what you can get’ joining a team in Europe. [It] always feels like a risk. You are constantly trying to open doors for yourself but you have a very limited window to make money in Europe.”

“And the truth is, there are other places that are more lucrative from a financial perspective,” Gomez added with a chuckle. “As they say about the Premier League, it is glitz, glamour and 50 percent tax.”

Gomez candidly explained how players view the career decisions they make. “[Fans] have an illusion it is important to compete at the highest level, but there comes a time in everyone’s life -– whether you are a professional footballer or not –- when you ask yourself who you are, what you want and how you can take advantage of what you have while you can,” he said.

In that regard, football players are no different to everyday personnel. “We only have one life,” Gomez patiently said. “There comes a point in where, even if you are making money, you want to live comfortably, especially if you have kids and you start to weigh up your quality of life with how you will be remembered post-career, which is part of the allure of the return to MLS,” he says. “You can come back, still be competitive, and have marketing value. It is [a] pretty good combination.”

The Liga MX striker wrapped up our conversation by offering a dose of reality. “There are young guys going off to smaller teams in Europe, and I respect that,” he said. “But as many American guys who have tried, there has only been one Clint Dempsey in recent years. Americans are respected but they are seen as hardworking bargains. Not a lot of teams will break the piggy bank on an American.” 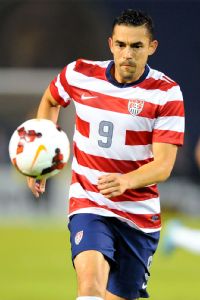 Christopher Hanewinckel/USA TODAY Sports“Fans have an illusion it is important to compete at the highest level but there comes … when you ask yourself who you are,” said Herculez Gomez.

Gomez’s closing comments made me wonder how American talent is perceived from a European perspective. I reached out to New York Red Bulls general manager Jerome de Bontin, a Parisian by birth, who was formerly president of AS Monaco. In his mind, U.S. players do not lack ability. Rather, they fall victim to the dislocation between development systems in Europe and America.

“European scouts simply don’t track Americans aggressively because there is no financial incentive to work in this market,” he said. “When they are aged 15 to 17, American players want to keep their college eligibility and will only give it up if they can be guaranteed a European club [which most agents cannot offer]. Compare that to Eastern Europe, where agents scour the land. Or Africa, where some Belgian clubs have made a business out of importing young talent en masse.”

American players are further handicapped by the fact they mature later. “Clint Dempsey, Brian McBride and Claudio Reyna all became European successes later in their twenties,” de Bontin said. “None fit the European mold where you shine at 16 or 17 and excel in first team aged 21 or 22 — or become discarded.”

The net effect, in de Bontin’s experience, is both stigmatizing and debilitating. “European clubs remain condescending when it comes to U.S. soccer,” he said. “I saw that first hand at Monaco when I tried to help young American players join clubs in France or Austria. Any president who brought one in would face a fight with a coach who won’t give an American the time of day, not because he is lacking skill-wise or physically, but because U.S. players are not taken seriously.”

De Bontin reinforced his point with a depressing hypothetical. “If I took two identically skilled players in the same position, one from Chicago and one from Ivory Coast, I guarantee the African will get a spot and the American won’t, just because of the condescension of the European coach.” 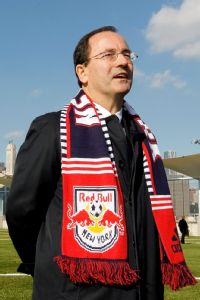 De Bontin’s disquieting analysis dovetails with much of Klinsmann’s thinking. The U.S. coach has just added the title “technical director” to his job description, and when I challenged him to suggest one change he would make to MLS, he didn’t hesitate.

“I would build an under-21 MLS developmental system,” he said, calling the current strategy a “wild west.” It is “the biggest problem we have in this country. We don’t have solutions yet for our best players between the ages of 17 and 22. While it is good for MLS to have our big shots come back to play, we have to work out how we develop the next big shots going forward.”

De Bontin and Klinsmann also agreed on the one step that U.S. players could employ to shatter the low esteem with which they are held in Europe: conjure a daring World Cup campaign. “If a team wins, everyone falls in love with its players,” de Bontin said. “When Senegal beat France at the 2002 World Cup, their squad became coveted.”

His words reinforced those Klinsmann had used just days before. “For our players I see [the World Cup] as a huge, huge opportunity,” he said. “The biggest of their lifetime. To show the world just how good they are in Brazil.”